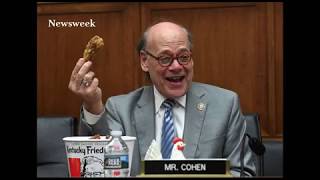 When the Deep State Comes Aknockin' 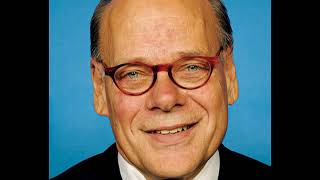 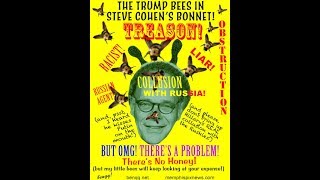 Judge says Trump's business is not an emolument

(BenQQ 1-26-19) So I heard on Tucker last night that it was unusual for the FBI to show up at an arrestee's house—nomatter he lived in a 3 bedroom apartment with wife, four cats and three dogs, or some combination thereof,—in tact gear, swat vehicles, fully armed, though Stone later said were “exceedingly polite." Always a relief. I hope Stone beats the wrap to write a book beginning with 6:15AM raid on his Ft. Lauderdale apartment. How many times have we seen the FBI logo on the backs of the "good" field agents (as opposed to their superiors trying to take down an elected president) arresting mass murderers, drug cartel leaders, mafia bosses and dangerous bank robbers? Hmmmm?

I would have expected to see the armed FBI contingent to storm the house after hearing Stone over a loudspeaker, “Come in and meet my leeetle friend” a la Tony Montana in Scarface. Did they expect Stone to come out blasting?

Stone blasts alright. The G-men were taking in a political commentator who had been a full throated enemy of Hillary Clinton and her crew on such venues as the now corporately censored Alex Jones' InfoWars.

But to mount an early morning raid (with a waiting CNN reporter) at a house of a high profile personality who willingly would have surrendered after a phone call with his attorney begs one question: Why?

First, the whole panoramic display of over the top government reach only served to show you should never, ever talk to any representative of the FBI. Whoever conjured up and voted for that law it was illegal to lie to the FBI should be noted. With enough finesse, they can make almost any remark a lie. Was it Bill Clinton, who said you should "love your government"?

Second, Mueller's Big Show is an attempted deflection away from concluding he has nothing except procedural "crumbs." A big show deflects attention from a an expensive, hysterical Democrat driven witch hunt that has yielded no evidence at all of Trump "colluding" with the Ruskies. Mueller himself is not clear of suspicion. With a history of charges that were later dropped, linked to one suicide, we've got to ask: is this the coming norm?

All this for a process crime, even though all the left wing media hailed his arrest as the story of the age even though it made no espionage connection, much less collusion, to Trump. See related video below.

The NBC "scoop" failed to mention there is no "barrier," (Dem's preferred semantic term) that eventually can't be broken through. My personal experience showed aged concrete of about 62 years defeated 3 hours of power concrete drills that had only penetrated about 4 inches. In the picture, it looks like the steel is about a quarter inch thick with concrete fill. Story did not say how long it had been cured, if at all.

Thanks for reading! Check out the deals of products that support this site at the DEALS & ADS above!


Of course, you can cut through it but it would take time and be noisy enough to lay eyes on with warnings from sensors and things like drones. Conclusion: NBC story leaves out key elements to make it a skewed editorial. Read the story here. Conclusion #2: Maybe Trump's first choice of material, concrete, is best for the wall because it strengthens as it ages?

This site is supported by items like this. Email offers at BenQQ.net

SO ARREST ME  by BenQQ available in print, Custom Art Magnets

President and his Close Friend

We’ve all heard it. President Donald Trump received a letter, a “warm” letter, from his friend Great Leader Kim Il Sung. Trump didn’t release it, as no one would do from a “close friend,” but responded with lavish embellishments, perhaps even affection, to the Great Leader. If a visitor from Orion heard and understood his words, you might think two great equal distant powers were extending their arms in embrace, close embrace.

The truth is, of course, Trump is being a CEO and trying to get his goal of denuclearing of North Korea at the lowest possible cost. Trump is simple. He approaches things not in an academic way, but a CEO way. This is what none of the Dems and their media get. They were always thrilled with empty feel good policies of Obama that had little results in the homeland.

Yeah, when you here Trump talk about his “good friend” who sent him a “warm” letter, go ahead and cringe. We all know who his good friend is: a megalomaniac absolute dictator who not only murders and imprisons even his staff but who will send missiles to South Korea and Japan if we are to believe his threats.

Yeah, go ahead and cringe.